Sesame(Til) contains Mono-Saturated Fatty Acids which can be beneficial in reducing cholesterol from the body. Sesame is also very beneficial for heart-related diseases. Also, sesame is considered beneficial in controlling stress and diabetes along with bones. Sesame contains antioxidants that prevent cancer cells from growing. It can be effective in reducing the risk of lung cancer, stomach cancer, breast cancer. Apart from this, sesame also has many other benefits. Sesame contains nutrients like vitamin B6, minerals, calcium, magnesium, phosphorus, copper, zinc, fiber, which can prove to be a panacea in many diseases.

Along with a healthy diet, such food is needed for a diabetic patient, who can control blood sugar. In today’s time, many suggestions are given about diabetes diet. But with a healthy diet, the taste is also very important. There are many benefits of sesame oil along with sesame. Sesame seed not only controls blood sugar but also serves to provide the nutrition required for health. If the blood sugar is high again and again, then sesame seeds should be added to the daily diet.

Diabetes is a health condition characterized by erratic levels of blood sugar in the body. It occurs when either the body produces little or no insulin hormone, or when the body is not able to process the blood sugar effectively. While the first condition is known as Type 1 diabetes, the second condition is known as Type 2 diabetes. Patients of diabetes need to be very careful of what they include in their everyday meals, as anything that is too sugary or too high in calories can lead to a spike in the levels of blood sugar or hyperglycemia, resulting in symptoms like fatigue or feelings of tiredness and other health implications. Diabetes patients are often advised to eat only healthy food and more often, in order to prevent sudden spikes or dips in the levels of their blood, and white sesame is one winter food that may help diabetics during winters.

Sesame seeds, or til, are tiny white seeds that are included in a number of wintersweet preparations, including til ke ladoo and gajak. This is because sesame seeds are said to have a warming effect on the body and hence, may protect it from the chilly weather. Other than that, sesame seeds are a source of energy as well. The winter chill may make you feel fatigued more often and consuming sesame seeds in your meals may remedy that by giving the body a boost of energy. But did you know that eating sesame seeds may also help you regulate blood sugar levels during the winters? Let’s see how!

(Also Read: Why Sesame Is An Incredible Ingredient To Use In Different Cuisines) 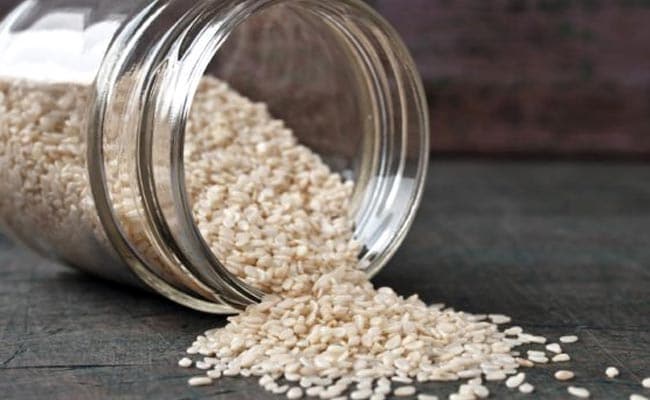 Sesame Seeds for Diabetes: They protect the body against the winter chill and also boost energy

Sesame seeds are rich in protein and fiber, both of which are satiating nutrients, which keep hunger pangs at bay. A 100 gm portion of white sesame seeds contains 12 gm of fiber and 18 gm of protein (as per the USDA data), which means consuming these seeds may ensure a slow release of glucose in the blood, thus preventing any spikes in blood sugar. Sesame seeds are also rich in magnesium – 100 gm portion contains 351 mg magnesium (as per the USDA data). A number of diabetes patients tend to have a deficiency of magnesium in their body, as higher blood glucose levels lead to frequent urination and the mineral is often passed out from the body in urine. 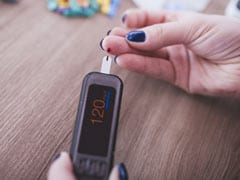 Dealing With Diabetes Or Hypertension? This Is How Much You Should Drink Per Week (As Per Experts) 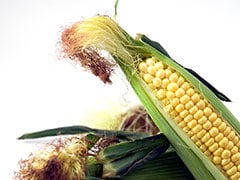 A magnesium deficiency may lead to problems during the winter as it may prevent proper blood circulation. Additionally, sesame seeds have been known to reduce blood sugar levels. A 2011 study, published in the journal Clinical Nutrition, showed that people who consumed sesame oil had the greatest reduction in blood sugar levels over a course of 60 days of observation. Moreover, sesame seeds also contain good amounts of poly and monounsaturated fats. The former has been linked with a slower progression of Type 2 diabetes in patients. This is why sesame seeds make for ideal diabetic-friendly snacks during winters.

Add roasted sesame seeds to your salads and vegetarian or meat preparations or simply munch on them between meals to keep your blood sugar levels under check.

Trends In 2021 Everyone Must Get Ready For Now

Trends In 2021 Everyone Must Get Ready For Now