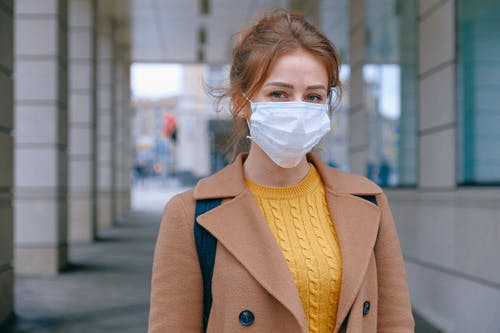 The latest WHO daily situation report, published late on Monday, showed that Europe reported 20,131 new cases in the preceding 24 hours, while the US reported 16,354, more than doubling its total caseload. Asked whether the US could overtake Europe as the epicentre of Covid-19, WHO spokeswoman Margaret Harris said: “We are now seeing a very large acceleration in the number of cases from the US, so it does have that potential.We cannot say that that is the case yet but it does have that potential.”

New York governor Andrew Cuomo, too, said the rate of new coronavirus infections in the state was doubling about every three days.“We haven’t flattened the curve. And the curve is actually increasing,” he said. As of Tuesday morning, New York state had 25,665 cases, with at least 157 deaths.

The US is now accounting for 40% of the 85% coming from Europe and America, WHO officials said on Monday, even as a striking new paper from Massachusetts Institute of Technology (MIT) indicated that the virus maybe less lethal in warm and humid regions of the world. That could account for why there has been a faster spread of the virus and higher fatalities in Europe and America than in Asia.

The MIT paper, by two researchers of Indian and Pakistani origin, has found that 90% of the coronavirus transmissions have occurred within a specific temperature (approximately 3 deg C to 17deg C) and absolute humidity range. For areas outside this zone, the virus is still spreading, but more slowly. This could also mean the virus could fade out in summer and return in winter.

“Our results indicate that 90% of the 2019-nCoV transmissions until March 22, 2020 have occurred in regions with temperature between 3 and 17C and absolute humidity between 4 to 9g/m3. The total number of cases in countries with mean Jan-Feb-early March temperature >18C and absolute humidity >9 g/m3 is less than 6%,” the researchers QasimBukhari and Yusuf Jameel, who studied in Karachi and Kolkata respectively before going to the US, said in a paper. . The paper provides a glimmer of hope for India, which is largely a warm country and where winter is now dissipating.

Meanwhile, the US lockdown is almost certain to end as President Trump said he “would love to have the country opened up, and just raring to go, by Easter”, less than three weeks away, a goal that top health professionals have called far too quick. Trump said that a total shutdown is deleterious to the economy and demoralising for the people. “Our people want to return to work. They will practice Social Distancing and all else, and Seniors will be watched over protectively & lovingly. We can do two things together. THE CURE CANNOT BE WORSE (by far) THAN THE PROBLEM,” the president said, even as medical and healthcare community warned against loosening restriction.

Like!! I blog frequently and I really thank you for your content. The article has truly peaked my interest.